Carolina HealthSpan is focused on preventing and reversing Cognitive Decline. This study reinforces the previous research by Dale Bredesen, MD as seen in the scientific literature and the NY Times Best Selling book The End of Alzheimer’s. 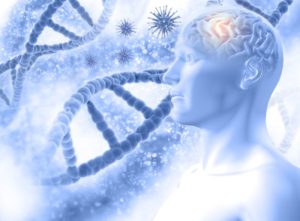 Did you know that Alzheimer’s Disease is a fatal form of dementia and is now the third leading cause of death in the United States? This disease plays much more of a role in the deaths of older individuals than people realize. Many times with Alzheimer’s Disease, there is not a single contributing cause, but rather several factors that affect individuals differently. Carolina HealthSpan has a personalized ReConnect® program which is structured around the Bredesen Protocol® fundamentals and involves a comprehensive assessment, multiple treatment modalities and the right team of medical providers and coaches who recognize brain health is at the core of healthy aging. Their team can help you regain memory, executive function, focus and quality of life.

Carolina HealthSpan Institute is a functional medicine practice founded in Charlotte, NC in 2004 that first began their service offerings in Bio-Identical Hormone Replacement Therapy which is the process of safely replacing hormones that are lost as we age and is a safe, effective process that not only leads to a happier, healthier life but can increase libido, energy, strength, and decrease age-related symptoms. Over the years, their practice realized the importance of early diagnosis in cognitive impairment which includes Alzheimer’s Disease. They recognized that if you can identify and treat the root causes of cognitive decline early on, you could reverse the symptoms and improve overall brain function. In addition to Hormone Replacement Therapy and Cognitive Decline services, they also focus on Functional Medicine, Neurofeedback, Bio-Feedback, Gut Health, and Platelet Rich Plasma for enhancing Sexual Health.

A recent study was compiled referencing sustained subjective and objective improvement in cognition which is a part of the reversal of cognitive decline in Alzheimer’s disease and the pre-Alzheimer’s disease conditions which include Mild Cognitive Impairment (MCI) and Subjective Cognitive Impairment (SCI). This was done by using a precision medicine approach that required determining potential contributors to cognitive decline. Some of the patient examples referenced in the Journal of Alzheimer’s Disease & Parkinsonism case report were patients of Carolina HealthSpan. The development of effective prevention and proactive treatment modalities is a major healthcare goal, and is at the center of Carolina HealthSpan’s mission. They pride themselves on helping determine the underlying root cause(s) to your symptoms and can help guide you toward optimal health.

Are you experiencing early signs of memory loss such as forgetting words or names, having difficulty with problem-solving, or misplacing objects? Are familiar tasks such as cooking, or paying bills becoming more challenging? If these symptoms are affecting your daily life, don’t wait to get checked out. Without a functional brain health baseline, you may be putting potential caregivers (friends and family) in a difficult situation by increasing burdens and strains without realizing it. If you have any signs of cognitive decline, Carolina HealthSpan encourages you to schedule a call with a cognitive decline expert today!