We have improved the lives of over 10,000 individuals!

Bio-Identical Hormone Replacement Therapy (BHRT) is safe, effective and can increase libido, energy, strength and decrease age-related symptoms. Give us a call today to speak with a member of our Charlotte, NC team!

What are Bio-Identical Hormones?

The term bio-identical is a very simple and descriptive term that defines the hormone being used for replacement therapy as exactly the same molecular structure as the hormone produced by the body.  Historically, all hormone replacement has actually come from lower animals, but today virtually all hormones used to replace deficiencies are bio-identical.  Bio-identical hormones are synthetically made but exactly replicate the human hormone.

It is the structure of the hormone, not the source that is key.  The term “bio-identical” does not indicate the source of the hormone, but rather indicates that the chemical structure of the replacement hormone is identical to that of the hormone naturally found in the human body.  Bio-identical hormones are chemically processed from precursors found in yams or soy plants, yet they are identical to the hormones produced by the human body; hence the term “bio-identical plant-derived hormone.”  These hormones are able to follow normal metabolic pathways so that essential active metabolites are formed in response to hormone replacement therapy.   “Patented,” “conventional,” “artificial,” or “horse” hormones have been chemically altered, and are not identical in structure or activity to the naturally occurring hormones they are intended to replace.

BHRT is Shown to be Effective with:

How is it Different at Carolina HealthSpan Institute? 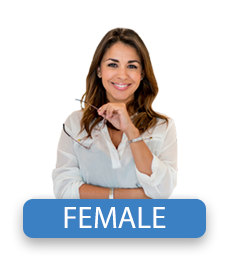 Choose Your Gender to Learn More… 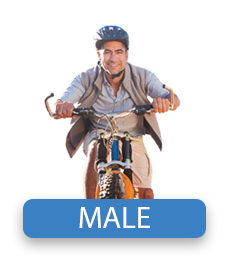 Considering Hormone Replacement Therapy? Barraged with conflicting messages about its safety? Do you wish you could cut through the confusion and find out exactly what you stand to gain or lose if you choose the HRT path?
Dr. Brown wrote one of the most highly-acclaimed and medically sited books about Hormone Replacement Therapy, The Youth Effect and we have successfully improved the lives of over 10,000 individuals with our methods. Your experience will be different from the first hour you will spend with one of our Medical Doctors, through the results you will achieve.
In The Youth Effect, Dr. Brown offers a clear, concise view to the heart of these weighty matters. Here, you’ll learn why just about everything you’ve read in the media about HRT is wrong. Read the forward to Dr. Brown’s book here, or purchase a digital copy for iPad or Kindle on the Amazon store. 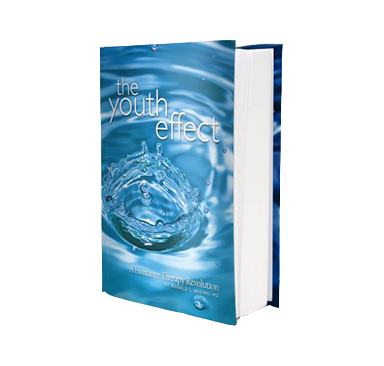 “I discovered Dr. Brown maybe 8 years ago on the precipice of menopause, and his bio-identical hormone replacement therapy treatments have drastically changed my disposition on daily life; from moods to feelings to sexual drive and satisfaction, to weight loss, and overall physical well being.”

“I was very nervous about my decision to pursue the bio-identical hormone treatment, but after my first visit, I knew I was on the right path as the procedure was so well explained that all my fears were allayed by friendly, highly-competent staff, who were more than willing to work with me on both scheduling and dosage. I am now very excited to follow through with my decision!”

“I have more energy and my thought processes are clearer. I feel less urgency to urinate during the day and night, and my libido has increased significantly. I simply feel better than I have in a long time, and I cannot say enough about the positive effects of this treatment.”